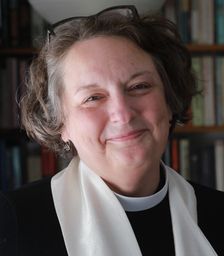 Michelle joined St. John’s in ministry as the Rector in 2016. As a priest, she sees her primary role as teacher and encourager; one who reminds, supports, and invites us to know and live into the love that God has already written on our hearts. She has served on diocesan and seminary staffs and graduated from Church Divinity School of the Pacific in 2010. Michelle serves on the board for Angel Food East (the feeding ministry of St. John’s), on the Mid-Hudson Board of Managers, as the Dean of the Ulster Deanery, and as a member of the Kingston Interfaith Council. Michelle is also an Enneagram teacher, offering workshops and spiritual direction. She’s a recently-converted avid gardener (you can follow her “Today in the Rectory Garden…” posts on Instagram at mmeech). When she has some time, she enjoys hiking, reading, traveling, movies, and exploring the world of metaphor through the arts. She lives in the Rectory with her beloved wife Ana where they are visited by all manner of God’s creatures who live in the surrounding woods and wetlands. 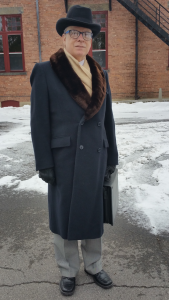 Terry began his ministry at St. John’s in 2017.  He holds degrees in Music Theory, Concert Voice, Composition, and Concert Organ. He began his professional career in 1958. He has done post-graduate work with John Rose, Trinity College, Hartford, CT, Craig Williams, head of the Organ Department at Westminster Choir College and organist of the Cadet Chapel at West Point Military Academy, Alec Wyton and David Pizzaro, both past organists at the Cathedral of St. John the Divine, New York City. These mentors were themselves students of Marcel Dupre, Virgil Fox, and Harold Gleeson. His choral work includes studies with Lt. Col. Robert B. Kuzminski, retired director of the Air Force Singing Sergeants and the Air Force Bands of Europe and the Philippines. Terry’s choirs have toured the East Coast and have sung in such locations as the National Cathedral, Washington, D.C. 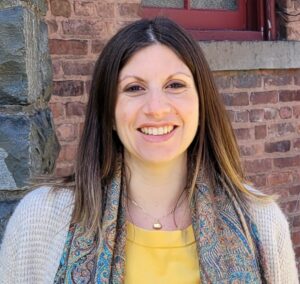 Suzanne Campise, MDiv, is a graduate of Union Theological Seminary in New York City and candidate for ordained ministry in the Presbyterian Church (USA). Her passion centers around worshiping communities that create spaces for hospitality, social justice, and community. She has served as the Secretary of the Kingston Interfaith Council (KIC) and has led various workshops on anti-racism, scripture and social justice, holistic stewardship, vocation and creative expression, and among people with diverse physical and mental abilities. She values health and wholeness and recently worked as a Case Investigation Team Supervisor with New York State COVID-19 Contact tracing Initiative. She holds a BA with a double major in Women and Gender Studies and Political Science from Hunter College (CUNY), and a Certification as a Nutritional Practitioner (CNP) from the Institute of Holistic Nutrition in Toronto. She lives in Hurley, NY with her husband, daughter, and their 2 cats: Luther and Calvin. 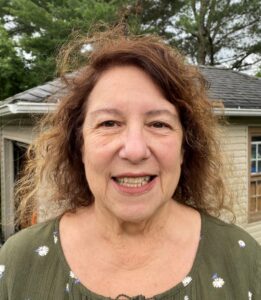 Pat was born in Kingston, married fellow Kingstonian Steven, and now have three grown children and three grandchildren. She went to school to learn how to teach English but worked in the healthcare field for most of her adult life. Currently she works as a Regional Provider Engagement Manager for Cigna Healthcare, managing education and training for seven states. Pat is a member of Old Dutch Church in Kingston where she serves as both an Elder and their Treasurer. When she’s not working or tending the books, she enjoys reading, cooking, learning, and traveling in their RV. But, mostly, she enjoys being with family and friends.